It is with heavy hearts we say Farewell to Leonard Cosby, a beloved PSPSA Committee member since our organization was founded in 2016. Leonard passed away on Thursday, January 23, 2020.

Leonard rose through the ranks at Oceanside Police Department in the County of San Diego, California. Leonard entrenched himself in his OPD family, both serving as a Peer and the Coordinator of the OPD Peer Support Team until he retired. He lived a 30-year career of service to First Responders and to his community, retiring as a lieutenant in 2016. “I first met Leonard when I trained him and his team in Peer Support over 20 years ago. He was head of their peer support team until he retired…he was warm, gentle and always looked out after those that worked at Oceanside Police Department.” (Dr. Nancy Bohl-Penrod, Director, The Counseling Team International; PSPSA Executive Board, Education)

And yet Leonard’s service was certainly not done. Not one to be idle, Leonard continued with the Chaplain Corps at OPD, and became the first Chaplain at the San Diego County Probation Department. “I had the pleasure of bringing Leonard on board, and into our Peer Support Family at Probation. He was our first chaplain and he fit right in. Dry humor, zingers for days, and timeless wisdom…it was like he had always been with us. (Christina F. Nyikes, Division Chief (Ret.), County of San Diego Probation; PSPSA Executive Board, Secretary)

Leonard was easygoing and easy to talk with. Leonard was a thoughtful man. Reaching out to many of us to check in, say hello, or offer a word of encouragement “out of the blue” but always just when we may need it, and always right on time. Leonard, with his mischievous grin, funny chuckle, and twinkle in his eyes, ever ready to lend a hand, a text, or an ear.

Leonard served with the Public Safety Peer Support Association from our inception, in January 2016. Leonard was one of the founding members of PSPSA, and “His commitment and dedication to helping others was unparalleled. Leonard helped make our organization what it is today and we would not have had success without his foresight. His legacy will carry on and he will be greatly missed.” (Lieutenant Lorenzo Glenn, Anaheim Police Department; PSPSA Executive Board, President) 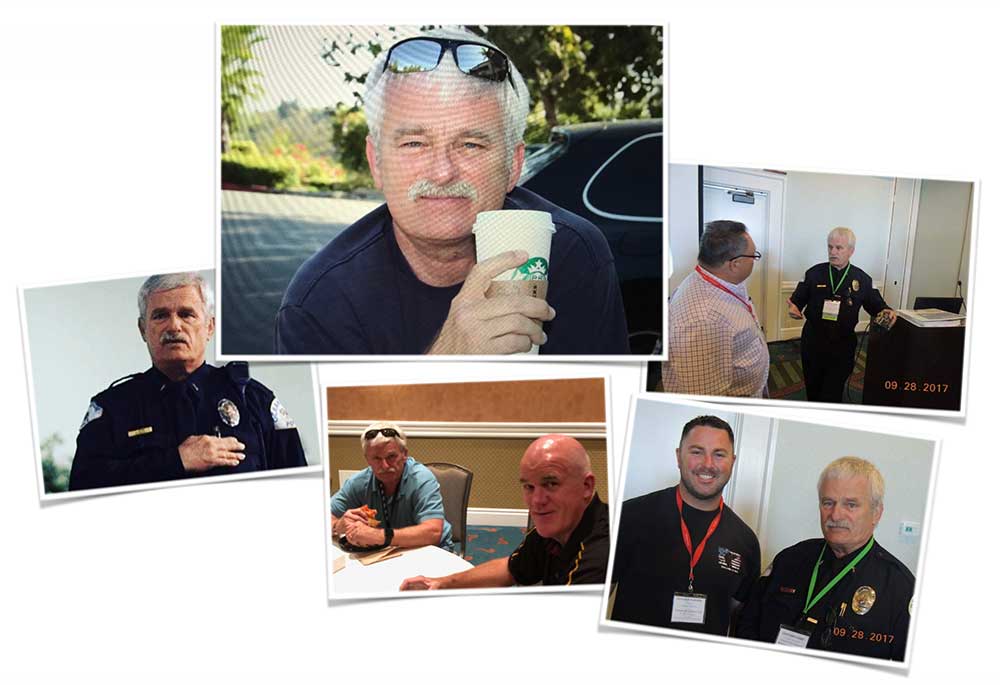